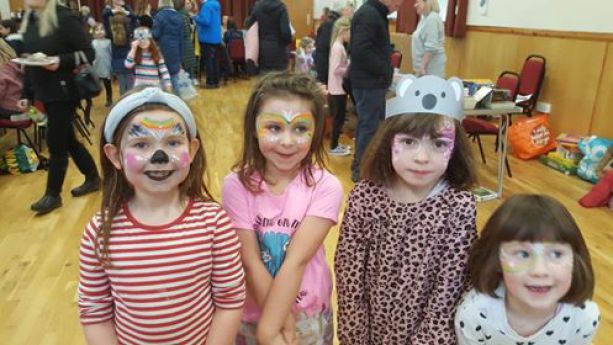 Ava, 6, from 1st Hopeman Rainbows raised over £665 in aid of koalas injured in the recent Australian wildfires.

Ava and her family rallied the support of her Rainbow unit in order to make her dream a reality by hosting a fundraiser in Hopeman Memorial Hall in January. All of the proceeds went to the Koala Hospital in Port Macquarie.

The young girl first became aware of the koalas’ plight after seeing them burnt on the news. She thought it was sad that the animals were being hurt and wanted to do something to help. 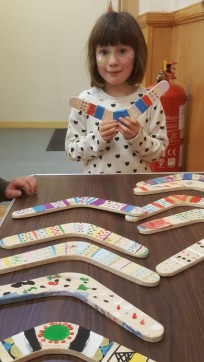 Isla Cooper of 1st Hopeman Rainbows with her boomerang

Ava’s efforts to raise money for the injured animals goes up and above her Rainbow promise to be kind and helpful. Ava’s efforts, along with the other girls’ in her unit who helped make this dream become a reality, will go towards their ‘helper badge’ which involves helping your community including ‘raising money for your Rainbow unit or something else you think is important.”

Lucy Morrison, Ava’s mum, is very proud of Ava and all of the other Rainbows who have helped raise money for the charity. She said: “Ava put posters up around the village advertising the event and has been really excited about the whole day.”

She added: “it has helped to make the girls aware of other cultures and problems around the world.”

The local community came together to help Ava achieve her goal. Local joiner, Neil McPherson, made 100 boomerangs for the girls to sell on the ‘paint your own boomerang stall.’ A local chef also volunteered to chip in by cooking ‘sausages on the barbie’ for the Australian themed event.

Elaine Mann, a leader in training at Ava’s Rainbow group said: “it was a fantastic idea and all of the Rainbows are really good at helping each other and were all on board straight away.” She said that the group of young girls were very creative in thinking the fantastic ideas for stalls at the event. 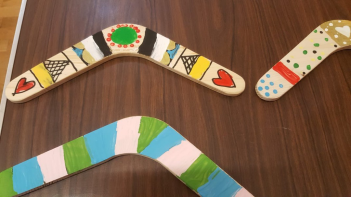 Some of the Rainbows' paint your own boomerangs

Some of the fundraiser ideas created by the girls’ included Australian themed activities such as pin the tail on kangaroo, Australian dot painting and paint your own boomerang.